Rescue and Rehabilitation of wildlife has been at the core of the the Victoria Falls Wildlife Trust since it was established. We are called in on cases where wildlife have been injured or orphaned due to human interference and we will assist in looking after that animal. Where wildlife need veterinary or high-care beyond what we can provide in the field, we will bring it into our wildlife High Care Rehabilitation Facility until it is recovered and can be released safely into the wild.

A large proportion of our rescue cases are wildlife that have been trapped in wire snares by poachers, you can read more about this on our page, Fighting Wildlife Crime.

Victoria Falls Wildlife Trust are called in on cases where wildlife have been injured or orphaned due to human interference.

Over the years that the Trust has been operating, many different species of mammals and birds have been taken in and cared for. Species include everything from bush babies to buffalo to marabou storks and mongoose. We firmly believe in the rehabilitation and release of these animals. Some species are much easier to release once they have recovered, especially those that are solitary in their social structure in the wild. Other animals are much more challenging and need constant monitoring post-release to evaluate their long-term survival and social integration back into their wild herds or groupings. For those animals that need monitoring post-release, technology plays a vital role with the advances in collars and tracking units that interact with satellites and radio frequencies to be able to watch the spatial movements of these animals after they are back in the wild.

We are very grateful to the Ludwick Family Foundation and Ford Motor Company who sponsored the funding to be able to build this facility and also to Kiggen Construction, Victoria Falls who sponsored the labor costs.

In 2016 we opened the doors to a new clinical facility for all domestic and livestock animal cases that need veterinary treatment. This facility is situated in the Monde rural community and also serves as the Victoria Falls Animal Health and Welfare Centre for the people of that community. 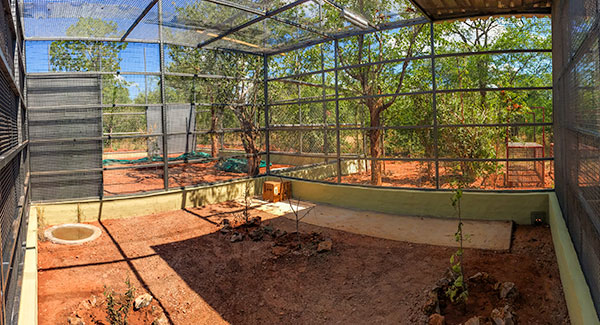 It is always our goal to release animals back into the wild where they belong. In some cases where the animal can’t be released due to the extent of having permanent injuries or deformities, or the nature of the species, we will look after those animals for the duration of their life. Here are two of the cases we have cared for over the years, who have become ambassadors for their species:

As the only survivor of five cubs when he was orphaned, Sylvester’s life was an uphill struggle from the day he was born. Hand raised by Norman and Penny English, Sylvester managed to overcome many hurdles and he beat the odds and has survived. Sylvester was with the Victoria Falls Wildlife Trust as an ambassador cat for our conservation education program, and helped to teach people about the plight of cheetah as a species. Learn More

Judge is a white backed vulture who arrived in late December 2013 as a very ill bird with a deformed wing. She can never be released due to her wing and inability to fly. However, Judge is a charismatic animal and enjoys the company of people. All across Africa, vulture populations are being decimated through urban development and more recently, the increase in commercial poaching using poison. Read more about our vulture conservation project here.

Through training, Judge has become an ambassador for vultures, educating the public and local school children about the critical need for vulture conservation. Learn More 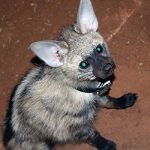 Working together with the Wildlife Authority and Camp Hwange, Roger Parry was called to assess an injured aardwolf found alongside the road. Roger was able to diagnose that the little aardwolf had paralysis in its back legs likely due to being hit by a vehicle. After further assessment by a wildlife veterinarian, it was determined the young animal had a good chance of recovery as it had no structural damage. The Wildlife Authority made the decision to allow the Trust to continue caring for the young aardwolf, dubbed “Aardy”. With assistance from Camp Hwange, Aardy was transported to the our rehabilitation center. Shortly after his move to our facilities, Aardy began to regain use of his left leg. Being nocturnal, Aardy’s routine was to sleep most of the day, get up in evening for a supplemental feed, have a nap and then go out foraging with his team from 9pm-3am before coming back to his enclosure for additional supplemental feed. Over time Aardy was able to regain full use of his back legs and successfully feed himself on termites. Aardy was released and now roams freely back in the wild. Aardwolf are indigenous to this area and have been sighted on the property. After Aardy’s release he was seen a few months later by local professional guides. 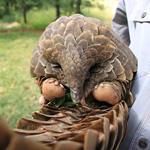 Pangolins are the most heavily trafficked mammal in the world, and are a specially protected species in Zimbabwe. One of the cases, a juvenile (who later became known as ‘Moyo’) came to us from near Hwange National Park in Zimbabwe in November 2017. A poacher was attempting to sell him for $600 and working with Zimbabwe Parks and Wildlife Management Authorities, he was recovered in a sting operation. These animals often come to us until the trafficking case can go to court, as they are part of the evidence. While the cases are pushed through court as fast as possible, we work to try and improve the health of each seized pangolin that comes through our doors. As Moyo was very young, dehydrated and malnourished, we immediately sourced water for him, but he struggled to feed as he was very weak. Initially we had to supplementary feed him to keep him alive. As he gained strength we were able to take him out to feed on his own each night. Eventually he was old enough to survive on his own (he was less than 6 months old) and we successfully released him back into the wild, within a protected area of National Park. Soon after his rescue, Moyo’s captor was sentenced to 9.5 years in prison.